Take a trip to Guachimontones: the enigmatic ruins of Teuchitlan tradition

Not many people realize that Tequila Volcano once contained a pre-Hispanic civilization, whose rituals and tradition were barely discovered in recent years. Yet, its name hasn’t be found, thus anthropologists and archeologists who have been holding research since the 70’s, named it as Teuchitlan Tradition.

Guachimontones is the main ceremonial center of this culture. Completely different from other Mesoamerican archeological sites, like Teotihuacan, Palenque, Chichen Itza or Tulum, it only shares with them the fact of having a ball-game field and the social-religious importance that was given to rituals.

10 circular buildings comprised Guachimontones site. Each one of them has its own altar at the top of a cone-pyramid formed by concentric circles. Also, at the base of the cone was a yard which was used to perform ceremonial dances.

Do you want more information about Guachimontones? Keep reading! 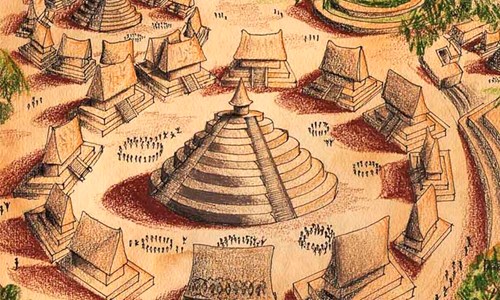 Men and women who formed part of Teuchitlan Tradition were believed to have build the ceremonial centers to represent the universe and communicate with their gods. Main altar core used to be a stick which was climbed by a priest in some ceremonies to simulate the flight of a bird.

Guachimontones is in the municipality of Teuchitlan, Jalisco. Temples were built more than 2000 years ago, which means that its inhabitants developed a complex social organization by the time of Christ. This pre-Columbian settlement is just an hour away from Guadalajara or the Magical Town of Tequila. So, it’s a must on your visit to Tequila.

Beyond Jalisco, Teuchitlan Tradition spreads across Nayarit, Colima, Guanajuato, Zacatecas, Michoacan and Queretaro. More than 2,000 sites were identified among these states.

Teuchitlan Tradition is believed to descend from another civilization known as Tiro Tombs Tradition. Name that way due to several graving rituals performed in some volcanic pits. Considered to be around 65 feet deep, these were interconnected at the bottom with some tunnels and mortuary chambers. Some tributes like mud sculptures and scale models of governors and daily life were found in them. Even, some represented the reality of Guachimontones.

You can hire a tour to Guachimontones directly in Solar de las Animas hotel. This trip includes round transportation from hotel to Teuchitlan, and a visit to Archeological Site, a Handcraft shop and the Culture House Archeology Museum. Excursion is meant for groups of four people, lasts around 6 hours and must be book at least 24 hours in advance. 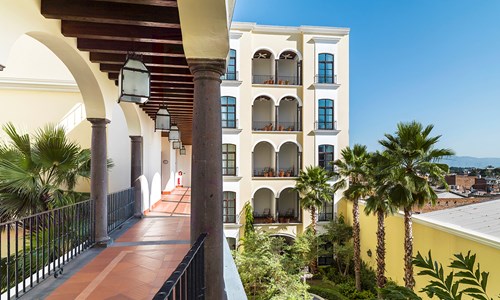 There’s still a lot to be discover in Guachimontones and Teuchitlan Tradition. Be part of history and visit the most mysterious attraction in all Tequila on your vacations!