Jesus Reyes Ferreira was a renowned painter, sculptor, popular-art collector and antiquarian, who has been a major exponent of Mexican contemporary art. He has even served as aesthetic counselor for many architects.

Solar de las Animas Hotel pays tribute to Chucho Reyes and his great work with a bar, which isn’t just named alike him, but has an extravagant atmosphere and an author cocktail menu famous for being exquisite, exotic and colorful.

Who was Chucho Reyes? 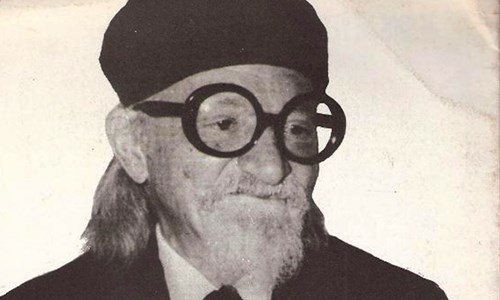 Jose de Jesus Benjamin Buenaventura de los Reyes y Ferreira, known as Chucho Reyes, was born in Guadalajara, Jalisco in 1880. As a Child, Jesus came always along with his parents in some trips to Mexico City, where he met the work of painter Jose Maria Velasco. Thanks to this fact and his father influence he later developed a great interest for antiques and art.

Some historians claim that Chucho Reyes never had a formal education in arts, except for some drawing lessons in a boy lyceum and a small traineeship in the lithography and printing workshop of Loreto and Ancira in Guadalajara.

In 1927, he moved away to Mexico City, where he got closely related to the artists Juan Soriano, Diego Rivera, David Alfaro Siqueiros, Frida Kahlo and Juan O’Gorman. 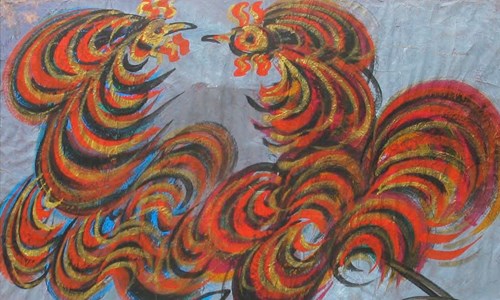 His work ingeniously depicts shiny colors and several stroking techniques which honors Mexican popular arts, for instance, he made his own pigments the traditional way. Additionally, a clear influence of other artists can be noted in his work, painters such as: Jose Clemente Orozco and Guadalupe Posada.

His talent was highly renowned worldwide and even admired by some personalities like Pablo Picasso. So much that, in his later years, his work was exhibited in Mexico’s Fine Arts Palace, Fogg Art Museum and the Haymarket Gallery in London.

His work represents a wide variety of iconographic elements from roosters, horses, skulls, flowers to angles and Christs. Some of his most notable paintings are Si quieres casa bonita, Cristo, Amor and Pasa güero.

Some friends of him were influence by his amazing way of using colors. The famous Mexican Architect, Luis Barragan, considered him his teacher of colors. Something similar happened to Mathias Goeritz, a sculptor and poet and the architect Ricardo Legorreta. 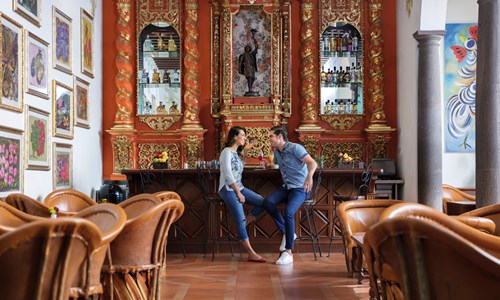 This bar located inside Solar de las Animal Hotel in Tequila, Jalisco, is inspired by the soul and work of Jesus Reyes Ferreira. It looks alike a traditional Revolution-time saloon and it’s decorated with at least 20 of his paintings.

Extravagant, singular and colorful are some ways to sum up Chucho Reyes’ work and describe the author cocktail menu inspired on him. Solar de las Animas Hotel Bar is a recreational space where toasts are made to one of the greatest artists of contemporary Mexico, his life, his passion and his work, Chucho Reyes. Cheers!