October is simply perfect for sowing fields with corn, thanks to Tequila’s valley fertility. As being among the main producers of corn in Mexico, Jalisco understand the great importance of growing it. Beyond being an essential ingredient of Mexican cuisine, Corn is believed to play a leading role in several daily life affairs. It literally come along with Mexicans form birth and even after dead.

For instance, an inherited tradition establishes that after a newborn, family must offer some tamales and when a person goes to grave, it is buried with tortillas or corn-gorditas (a kind of circled empanada). Since the pre-Hispanic era, corn has been crucial for social, cultural and religious life in Jalisco. A plenty of festivals and celebrations are in some way related to corn.

After having tamed corn, indigenous people could finally settle down in several places like Jalisco. Thanks to agriculture, Men and Women could be focused on other activities apart from hunting, mobility and seed collection. As a result, they grew in culture, arts and created a brand-new cuisine. It wasn’t just eating to be alive but to delight all the senses.

Mexican cuisine as we know it was created during the Spanish conquest, when several European immigrants came into Mexico an caused a cultural exchange. The flavors brought by them enriched this cuisine and brought to life new dishes which are now known as Jalisco’s delicacies.  You must taste them all! 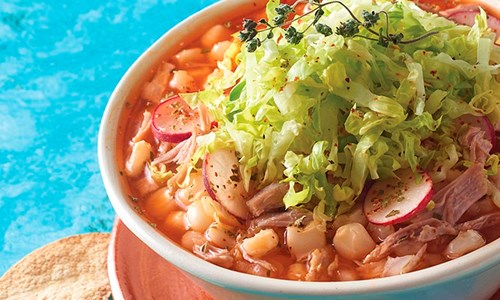 Undoubtedly, it is one of the most consumed soups in all Mexico. From pre-Hispanic roots, it is prepared with Cacahuazintle corn and pork. A glass of Tequila Jose Cuervo Tradicional is the perfect companion for your Pozole! 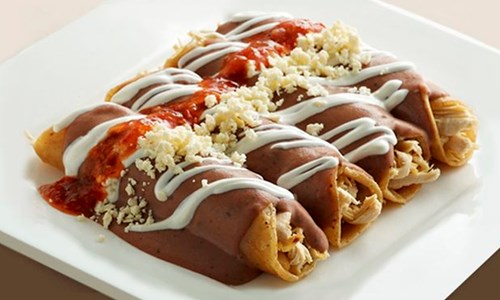 The base for these three dishes is a tortilla covered with some sauce, folded and filled up with shredded chicken, pork or cheese. You can’t leave Jalisco without having taste the emblematic Enchiladas Tapatias!  Those are made of guajillo pepper sauce and filled up with fresh cheese. 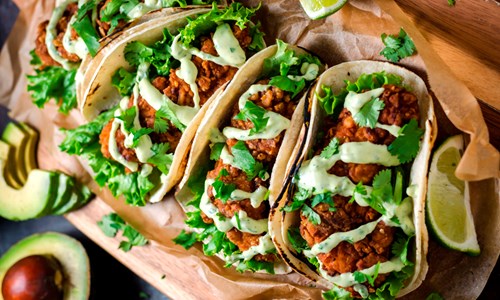 Internationally renowned for being delicious, Tacos can be filled with almost anything. The most famous fillings are birria and different meats. However, steamed Tacos are a variant which are filled with chicharron, potatoes. Pork or even beans. Finally, in shores it is also possible to find fish and sea food tacos. 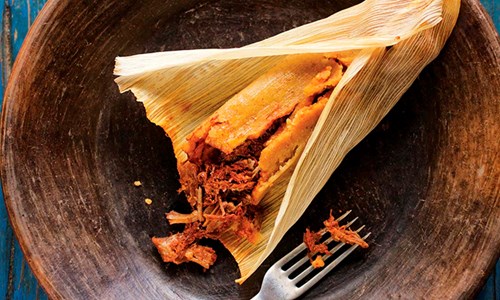 Depending on the region, tamales can have different fillings. Some of them sweet and others salty. The most famous one in Jalisco is made of corn and sweetened with brown sugar. 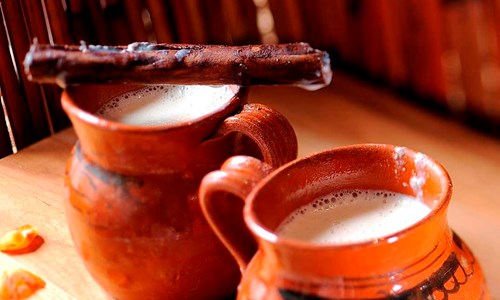 Jalisco is considered the house of Atole, a beverage made of corn dough. Even if it can be prepared with lots of flavors, the main choice is always vanilla or chocolate atole. However if you want to taste a more traditional one, you can opt for guava or tamarindo flavors. 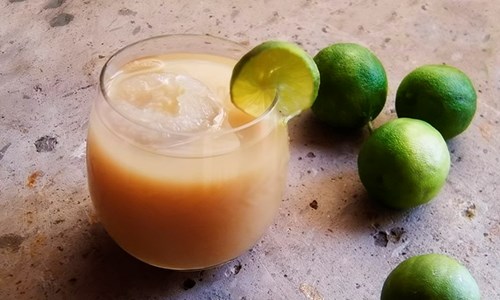 It is a pre-Hispanic corn fermented beverage, served with lime juice and brown sugar.

Jalisco’s cuisine is plenty of delicious dishes made of corn. Like gorditas, corn-dough soup, corn bread and pot tamal. Look for the traditional “ponteduro”, which are a kind of praline prepared with corn and peanuts. Also, enjoy a delightful corn pudding called “Mariagorda”.

Taste them all during your vacations in Tequila Jalisco!